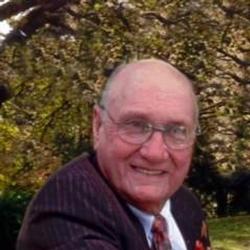 Bill Silvers, 76, a resident of Cleveland, passed away Wednesday, June 3, 2015 peacefully with his family by his side. He was a member of Samples Memorial Baptist Church. He was a retired carpenter.

Mr. Silvers was the son of the late Walter William Silvers and Edna Mae Woody Silvers and was also preceded in death by two brothers: Leon Silvers and Wendell Silvers.

He is survived by his wife of 55 years, Yvonne Gregg Silvers of Cleveland; three children: Dee Dee Callahan and husband, Jeff of Charleston, Greg Silvers and wife, Bronda of Lawrence, Kansas, and Scott Silvers of Cleveland; three grandchildren: Courtney Silvers Stone and husband, Matt of Ooltewah, Zachary Silvers and Madison Silvers both of Lawrence, Kansas; several half brothers and sisters; and several nieces and nephews also survive.