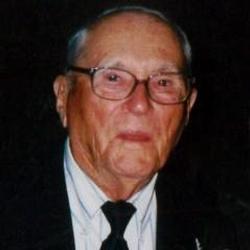 In November of 1935 C.L. married his lifelong love, Mary Massingill. They were inseparable for nearly 72 years, before her death in 2007. They were also long-serving members of Bradley County’s Cohulla Baptist Church.

Together C.L. and Mary raised two sons who preceded him in death, James Edward “Pete” and Phillip Arlen. He was also preceded in death by his parents, Rucker and Norma Poteet; one brother, Earl Poteet, two sisters, Maggie Burnette and Mae Horn.

The family proudly called the Flint Springs community home and recently celebrated his 100th birthday amongst hundreds of loved ones at Flint Springs Cumberland Presbyterian Church.

C.L. was a self-taught musician. He and his late brother, Earl, played the banjo and guitar at local venues, along with their late father in the early years. C.L. was also a gifted carpenter and small, local farmer.

He was employed by Brown Stove Works in Cleveland for more than four decades from which he also retired and was credited for having helped develop state-of-the-art burners.

A current resident at Brookdale Senior Living, he will be remembered by those who knew him by his consummate kindness, love and generosity. He adored his family and friends and leaves behind a legacy that’s rich in memories.

Funeral services will be conducted at 2:00 p.m. Friday, March 27, 2015 in the chapel of Ralph Buckner Funeral Home with Pastor Herman Parker officiating. Interment will follow in Flint Springs Cemetery with a white dove release ceremony concluding the service.