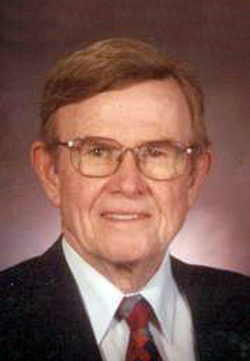 Dr. Crowley began his life-long service to God and humanity when he began preaching at the age of fifteen and then served his first pastoral position in a small country church in Eldorado, MD. He went on to serve the Church of God as a pastor for almost thirty years and as an administrator for thirty-four years. For the final thirteen years of his life he continued to preach, guide younger pastors, conduct worship services, and help countless friends, family and church members, and anyone else who reached out to him for spiritual guidance or life counseling.

He pastored eight churches in four states, including the Parkway Church of God in Salisbury, MD (which he also founded) and Canton Temple in Canton, OH, that became one of the largest churches in its region. He served as Overseer for Northern Ohio and Florida. For sixteen years he served in the International Headquarters of the Church of God in Tampa, FL, eight years in the Department of Evangelism, four as Director. He also served eight years on the Executive committee, four as General Overseer. For fourteen years he was a dedicated member of the Lee University Board of Directors, Cleveland, TN.

Reverend Crowley’s life story and career is recorded in the book entitled, Unchartered Waters, (Pathway Press, 2014). Throughout his religious career he received numerous honors and distinctions, yet his life was an example of genuine humility. He was renowned for his sermons wherein his masterful communication skills, passion for Jesus Christ, and unwavering religious convictions evoked joy and celebration from his audiences. His love for the simple life including hunting, fishing, and boating on and around Chincoteague never faded.

Reverend Crowley was preceded in death by his parents, Leland and Rebecca Crowley; his first wife of fifty-four years, Frances Milligan Crowley; and a sister, Ann Marie Crowley.

He is survived by his second wife of twenty-one years, Mary Payne Crowley; two step-sons and their wives Michael and Karen Payne of Ocean City, MD, and their 3 sons, Colton, Christian, and Lucas Payne, and Mark and Valerie Payne of Salisbury, MD; Mark’s former wife, Kimberly Payne of Salisbury and their 2 children, Jenna and Forrest Payne; and two nephews.

Donations may be made in his memory to the Raymond E. Crowley Scholarship Fund, Church of God State Office, 7127 Long View Road, Columbia, MD 21044.