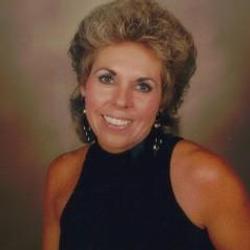 Glenda Faye Ward Burnette, 68, a resident of Chattanooga, passed away Friday, February 13, 2015 in a Chattanooga hospital. She was born in Polk County and had lived in this area her entire life. She was a member of Hickory Valley Baptist Church and had been an employee of M&M Mars. She loved gardening, and she was a loving grandmother.

She was preceded in death by her parents, Robert and Jessie Godfrey Ward; and brother, Robert Ward Jr.

Funeral services will be conducted at 7:30 p.m. Monday, February 16, 2015 in the chapel of Ralph Buckner Funeral Home with Reverend Michael Leroux officiating. Graveside service will be held at 1:00 p.m. Tuesday, February 17, 2015 at Oak Grove Cemetery. A white dove release ceremony will conclude the service.

The family will receive friends from 4:00 – 7:30 p.m. Monday at the funeral home prior to the service.

Visitation At:
The family will receive friends from 4:00 – 7:30 p.m. Monday at the funeral home prior to the service.