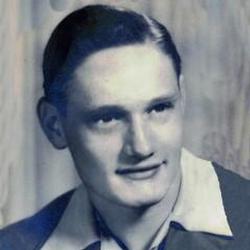 A graduate of Charleston High School, Bob participated in Future Farmers of America and 4-H Clubs winning numerous cattle shows with both his Jersey and Guernsey dairy cattle. He attended Tennessee Wesleyan College while helping to operate the family farm, Westbrook Farm, and build the dairy herd. Bob became a part of many advances in the dairy industry transitioning from milking by hand with 10 gallon milk cans cooled in a springhouse to electric milking machines and pipelines with sterile stainless steel refrigerated milk tanks. Bob was a perfectionist in whatever project he undertook with his dairy facility winning awards for the lowest bacteria count in the area. He also brought one of the first Brown Swiss dairy herds to Bradley County and took great pride in his profession.

Bob attended Bellefounte Baptist Church until declining health necessitated his move to Garden Plaza and he attended Sunday services there. One of his creative pastimes was woodcarving. He and family members shared many enjoyable hours together playing his favorite games of Parcheesi and scrabble. Upon hearing of his death, one of his many friends summed up Bob’s life with the following words – “Bob was a good man”.

Funeral services will be conducted at 12 noon Saturday, January 3, 2015 in the chapel of Ralph Buckner Funeral Home with Reverend Bill Bond officiating.