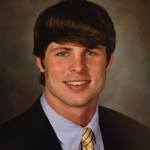 COTTONDALE | Michael Dillon Anderson, age 20, of Cottondale, died January 12, 2015, at Children's Hospital in Birmingham, Ala. Services will be 2 p.m. Friday, January 16, 2015, at Englewood Baptist Church with Bro. Bill Richards officiating. Burial will follow in Memory Hill Gardens with Magnolia Chapel Funeral Home South directing. Visitation will be Thursday, January 15, 2015 from 6 to 8 p.m. at the church.

He was preceded in death by his grandfather, Wayne Anderson.

Dillon graduated from Tuscaloosa Academy in 2013; he had started the University of Alabama. He was studying to become a Physical Therapist. Dillon had a passion for football and was a huge Bama and New England Patriots fan. He played football through junior high and high school and was also a part of the 2012 TA State Championship Team. He also ran track and received two state championships at TA. He was a loving son, brother and grandson of whom we couldn't be any prouder.
He loved his girlfriend, Savannah Nicholas with all his heart and she has certainly demonstrated her love for Dillon. Everything he went through, she was always right by his side. We love her and want to thank her for the love and devotion she showed to Dillon.
In the 20 short years, Dillon was with us, he displayed a lifetime of courage and love. He taught us no matter what you are facing, no matter what the odds, never give up. That's what he did, he fought to the very end and he never gave up. He loved the Lord and heaven gained a special angel. Everyone who knew him loved him and he will forever be missed and loved! We love you Dillon #20!!

Honorary pallbearers are BMT nurses at Children's Hospital, Birmingham, Ala., Tuscaloosa Academy family, Cottondale Elementary faculty and staff, and employees of Tidmore Veterinary.
In lieu of flowers, donations may be made to Team Dillon at Alabama One Credit Union.