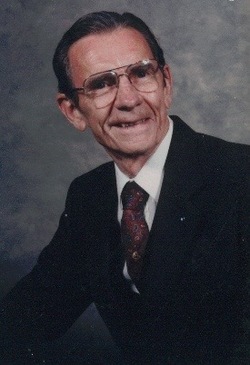 Dewie James Prichard, 94, a resident of Cleveland, passed away Sunday, July 26, 2015, in a local hospital. He retired after 25 years of service at Whirlpool Corporation. He was a member and deacon of Washington Avenue Baptist Church and of the Gideons International.

He was preceded in death by his wife, Juanita Elizabeth Lowe Prichard; parents, Willie and Abbey Cavitt Prichard; and two brothers, Willie and Buddy Prichard.


Funeral services will be conducted at 11:00 a.m. on Wednesday, July 29, 2015 in the chapel of Ralph Buckner Funeral Home with Herb Conley officiating. Interment will follow in Sunset Memorial Gardens with the deacons of Washington Avenue Baptist Church serving as pallbearers.