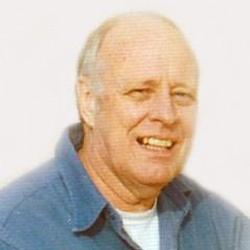 Gene Bradley (Sonny) Johnson, age 78 and a native of Cleveland, Mr. Johnson passed away Sunday, January 18, in the year of our Lord 2015. Before his passing in a Chattanooga hospital, he retired from Cleveland Coca-Cola Bottling Company and Johnston Coca-Cola Bottling Company after 30+ years of service. He served 6 years in the United States Army reserves as a sergeant.

He attended Bradley and Baylor High Schools and after retiring from the Coca-Cola Company, he and his wife owned Johnson’s Collectibles. They were avid collectors and historians. Sonny enjoyed collecting and “horse trading” coins, stamps, baseball cards, Ford parts, peddle cars, lunch boxes; just to name a few. Johnson’s Collectibles was a gathering place of many friends and family. It was a common sight to drive down Lee Highway and see Sonny sitting outside his shop relaxing in the sun and talking with friends. He was a former Scout Master of PAC 3044 at Wesley United Methodist Church. He also coached little league football and baseball.

He was preceded in death by his parents, Gene and Nell Johnson and grandparents Mr. and Mrs. C. A. Mee; and also his brother-in-law, Oscar Davis.

Ralph Buckner Funeral Home will provide visitation for family and friends Tuesday from 5:00 p.m. to 8:00 p.m. in the funeral home.