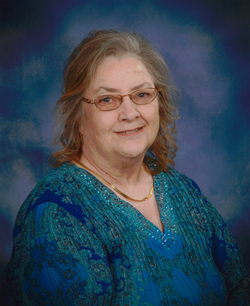 She was a member of Waterville Baptist Church. She was also a faithful member of BridgeMakers and a board member of Woodmen of the World. She was retired from Advanced Photographic.

She was preceded in death by her parents, Kins and Beulah Marr; a son, Micah Stafford; a brother, Frederick Marr; a sister, Christine Lindsey.

She is survived by her husband, Ernest Stafford; two children, Lisa Charlynn Stafford of Cleveland and Kins Marr Stafford and his wife, Kenya of Knoxville; two grandchildren, Anthony Chaparro and Tyler Chaparro; sister and brother-in-law, Ruby and Gene McCulley of Cleveland;

Funeral services will be held at 1:00 p.m. on Wednesday, September 16, 2015 in the chapel of Ralph Buckner Funeral Home. Interment will follow at Swafford Cemetery with Ernest Jackson, Jack Snyder, Tony Chaparro, J.R. Chaparro and Lee Stafford serving as pallbearers. A white dove release ceremony will conclude the service.